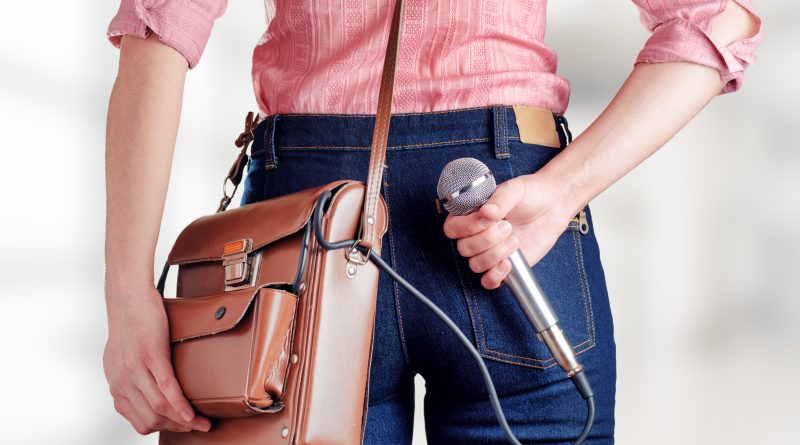 We sat down with Natasha Piette-Basheer of Women’s Environmental Network to talk about their Environmenstrual Campaign and Week of Action.
Interviewer for ptfperiod.info was Hailey Morton.

Interviewer: Natasha, what are the origins of Women’s Environmental Network and some of the primary projects or initiatives of the organization?

Natasha Piette-Basheer: The Women’s Environmental Network was created in the late 1980s on the premise of linking women’s health and the environment. One of the first campaigns and projects that the founders worked on, was the issue around harmful chemicals in period products and also the need for transparency in the ingredients that are in conventional products. That was something that they were trying to expose, and they were pressuring big conglomerates to raise awareness about the issue of toxic shock syndrome, that was related to period products, especially tampons. And so they were able to successfully ensure that there was clear labelling on the packaging for tampons to warn about toxic shock syndrome. Women and consumers of these products were finally made aware of the risk. The topic of menstruation, health and envirionment is in WEN’s DNA in that sense – that was a major campaign effort by the founders.

If we fast forward, the campaign got its name ‘Environmenstrual’ in 2004 when we were offering workshops about reusable products with community groups and women’s groups. Then the campaign itself went slightly dormant for quite a few years and then I’m sure as you know a few years ago periods became more widely spoken about in the media, and in the press, and in general, and then the whole issue around plastics as well became really prominent especially in regard to the environmental impact of plastic. So the Environmenstrual campaign reinvigorated itself by joining those two major issues and we’ve launched it as not only workshop programs in schools and universities and community groups but also expanded it to a wider campaign, and created a coalition of organizations and like-minded businesses that are working on the issue of plastic-free periods as well as championing reusables. So now it’s a coalition and a Week of Action.

The Week of Action is a chance to amplify the environmental and health impacts of conventional products and raise awareness about plastic-free period options and to work towards making them more accessible and available to all. Now we’ve got over 50 coalition members and we’re also working to lobby major manufacturers to change their ways with plastic in their products.

WEN also does other projects such as the local food-growing project in the local borough of Tower Hamlets that we’re based in, and community gardens as well with local residents. We also have a new project called Air Equality which is about tackling the air pollution issues in London and the Soil Sisters Project as well and that’s about therapeutic gardening with local women. We’ve got a number of projects and local campaigns coming up, but my focus is on the Environmenstrual Campaign.

Interviewer: That’s amazing. Tell me a little more about your role specifically within the campaign.

Natasha Piette-Basheer: I am the Environmenstrual Campaign Manager now, but I began as a volunteer at WEN in 2016. I started out doing a placement because I was interested in menstrual hygiene management initiatives, especially in low-resource settings, and I was looking for organizations that were working on these issues in the UK. I came across WEN and learned about the Environmenstrual Campaign historically and I really, really was amazed at how well they were linking the intersectional issues around menstruation, how it was linked to wider environmental issues and to women’s health. So I started out as a volunteer and I now am in the Campaign Manager role for the campaign. I coordinate the main functions of the campaign [including] the week of action [and] the coalition communications, and I also help with delivery and preparation of the workshop program in schools and universities. So it’s quite a wide-ranging role across the campaign. And it’s really great to work with the team at WEN, which is such a welcoming, collaborative environment.

I am a few months into this contract, and this specific campaign for the second annual Week of Action is now funded and supported by Waitrose & Partners, who have provided us with support in a co-project with City to Sea who are based in Bristol. So WEN is more focused on the campaign side – the Week of Action, the coalition, and our workshop program, and we’re also working with City to Sea, who have just launched a teacher-training program for over 600 schools in England. That’s going to be training teachers on how to deliver unbiased period education and to discuss the taboo around periods as well as all of the different available options from reusables to disposables and talking about the environmental impacts. It’s really great because we’re able to spread the message far and wide.

My role also is liasing with City to Sea as well to ensure our project is rolled-out and we’re able to be successful with the campaign and hopefully this Week of Action. Last year’s first event went very well when we threw a Festival, and we’re holding a second festival this year which is on the 16th of October, and that’s another big thing that I’ve been helping to organize with the team. We’ll have a panel of speakers and some period art. The different workshops will include pad-making, a menstrual cup session, a period education session and vulva crafts making. So that’s going to be good. And we’ve got great artists coming along as well and showcasing their art. So that’s another way we’re amplifying the campaign.

Natasha Piette-Basheer: We have a number of events, it’s kind of a wide variety. In London specifically we have a couple of university workshops being held and talks and sessions. There’s one at Brunel University, outside of London, there’s going to be one at Bath University, and we’re going to have one in Cambridge as well. Across universities we’re trying to get students involved and get the word out on their campuses. We also have plans to go to Norwich Science Festival and speak to as many people as possible and do sessions with reusables with the attendees. And then we’ve got something coming up in Bristol with City to Sea that’s related to teacher training and we’re also working with many different coalition partners. It may not be a physical event that they put on but they might do a blog post about the Week of Action or people might be writing to manufacturers like Procter & Gamble to raise awareness and ask about what they’re doing about plastic content in their products. There’s a range of things that people can do. I know that Bath University runs quiz night with students and we have some local shops that are putting on events. A couple of coalition partners as well will be putting on events. We’re trying to make sure that we’re capturing everything that’s happening. We’ve been collating information as it comes in. There is quite a lot going on.

Interviewer: You’ve kind of touched on this already, but how can concerned citizens outside of the UK become involved in the Environmenstrual Week of Action if they don’t have any events running in their area?

Natasha Piette-Basheer: What’s great is that we have a few coalition members that aren’t based in the UK so they are getting their word out in their various locations. But with the toolkit that we created we’re really hoping that it can be replicated anywhere. We’re really excited because with the toolkit, we did create social media images and files that have key stats and information about the issues. We were able to translate a lot of those social media tiles into Spanish and French ,so we have had people spreading it in French and Spanish settings as well. We’re really happy because it seems like there’s no borders to this campaign. We just had a zero-waste group in Ukraine that wanted to put something on. It’s really great that the toolkit is really accessible and that it can be disseminated far and wide. And it’s translatable in every country and setting. As I said as well, we do have coalition partners based elsewhere so we have EcoFemme who are based in India and they have been sharing about the Week of Action and being quite involved, and HEJ Support providing a global platform with their ptfperiod.info website, and we’ve got Zero Waste Europe who are connected to the Break-Free from Plastic movement as well, which is based all over, especially in Europe. So we’ve been having a far reach with that.

I think making it as accessible as possible was probably the best thing in terms of making the toolkit easy to be replicated. And there’s a lot of ideas and activities that people can do anywhere. So we would really hope that one day the campaign would just expand globally.

Interviewer: I’ve been through the toolkit as well and there are a lot of great ideas that I wouldn’t have thought of to begin with but that would be pretty easy in execution and would be accessible for a lot of people. Just one final question: if people wanted to find out more about the Environmenstrual Week of Action or WEN in general, where should they look?

Natasha Piette-Basheer: Definitely to our website which is wen.org.uk which we’re in the middle of a rebranding. We will have a holding page from the 16th of October while the new website is being launched, and the holding page will have all the information about the Week of Action on it. So that will be accessible. And definitely on our social media channels such as Twitter, and we’ve also got a WEN Instagram. We also have an Environmenstrual Instagram which is more specific to Environmenstrual, so I really recommend people follow that because it has regular updates about everything that’s happening with the Week of Action, and we like to re-share what everybody’s doing. I’d say our social media on WEN, and obviously the toolkit is accessible through the website, so that’s probably the best way to go.

Interviewer: Thank you so much for your time and for answering all these questions. There is so much incredible information out there and I’m really excited for the Environmenstrual Week of Action.

Natasha Piette-Basheer: Thank you so much for thinking of us. We’re going to try to livestream the festival on the 16th if people want to tune in. 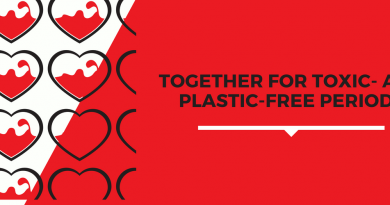 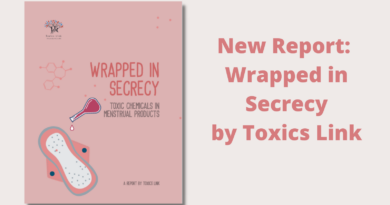 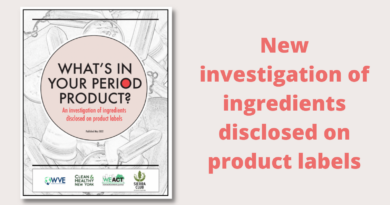 📢We have an exciting announcement this week.

😃Stay tuned this Friday to find out

🫴As part of #GivingTuesday, Hon Lion Kalpesh Chauhan made a graceful donation to the ladies at the Eldoret Prisons. The ladies received their first kits of #Padmad reusable sanitary towels.
#plasticfreeperiods #endperiodshame #endperiodstigma #BleedWithPride

Did you know that a staggering 4.3 billion disposable menstrual products are used in the UK every year? This creates a huge amount of avoidable waste with
much of it being #plastic! Lets turn the tide on #plasticpollution by trying #PlasticFreePeriods 🌊🌊@CitytoSea_

So I explained what it was, how it worked, why I used it (more economical in the long run plus less waste). What a cool day!